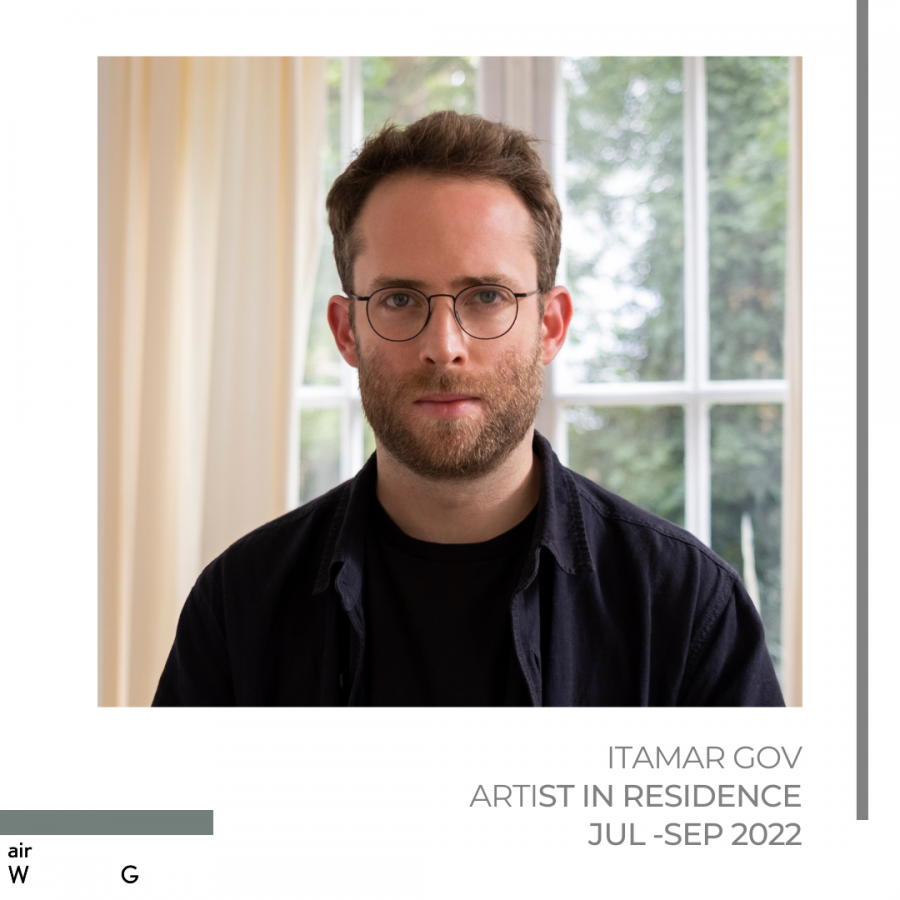 Approaching forgotten micro-histories as a means to shed light on vast sociopolitical landscapes, the starting point of Gov’s projects is an inquiring scepticism towards cultural traditions, conventions and gestures that are considered self-evident. His works are based on ongoing research and revolve around the intersection of art and politics, highlighting the strong tension between the known and the supposed, and challenging any assumption of clear borders between facts and falsehoods, reality and imagination. Never providing a full and complete picture, he invites viewers to engage with the elements of the works and to become part of an inquisitive process.

Itamar Gov Itamar Gov (*1989) is an interdisciplinary artist whose practice consists of sculptural and spatial installations, as well as graphic and video works. Addressing the intricate relations between history, ideology and aesthetics, his projects explore various forms of personal, collective and institutional memory. Since 2010 he has been living between Berlin, Paris and Bologna, where he studied cinema, history and literature.

A member of the curatorial teams of Documenta 14 (Kassel, Athens), Haus der Kulturen der Welt (Berlin) and Fondazione Adolfo Pini (Milan), in 2021 Gov was awarded a residency grant at the Cité Internationale des Arts (Paris). He is represented by Zilberman Gallery (Istanbul, Berlin).