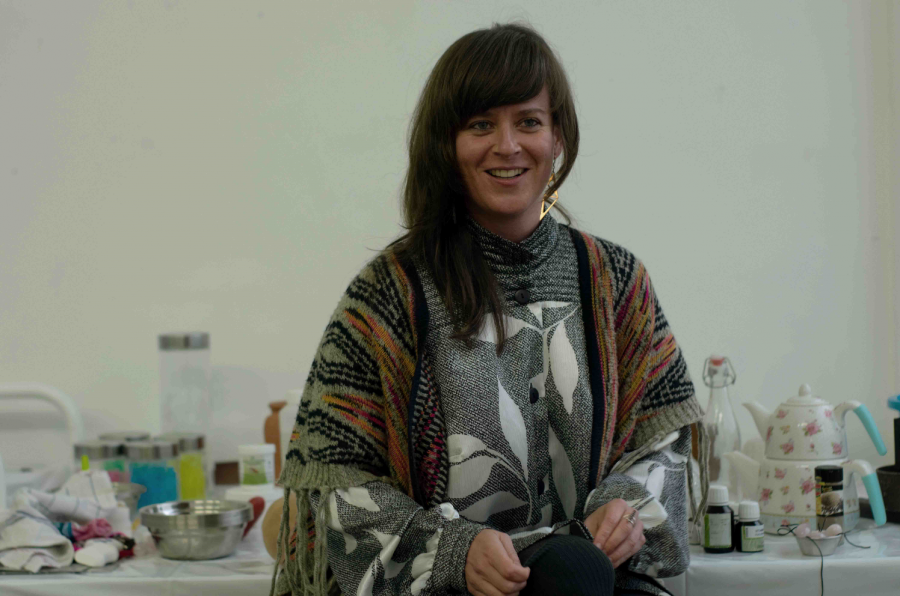 Isabel Burr Raty is an independent filmmaker and performance artist, exploring the ontological crack between the organic and the artificially engineered, between the unlicensed knowledge of minority groups and the official facts. In so doing, she aims to dig up chapters left out of history books, blur the limits between fiction/reality and re-think the memory of the future.

Isabel has been based in Brussels since 2013, where she develops her second feature film set in Easter Island (supported by Media Fund). Her artistic research interweaves new media, body art, lectures and participatory performance proposing hybrid narratives and bio-autonomy practices that play with synthetic magic and compose in situ Sci-Fi.

Isabel has shown her works and collaborations in venues such as: KVS (Royal Flemish Theater), Constant_V, ZSeene Art Lab, Beursschouwburg, Limal (Brussels); Palais de Tokyo Paris, ISEA Hong Kong and Cultivamos Cultura Portugal. Isabel has presented her artistic research in festivals and conferences such as FEMeeting Portugal, Taboo Transgression Transcendence in Art and Science (Corfu Greece), Human Enhancement Clinic at Border Sessions (The Hague), Science Friction at the Aki Institute in Enchede University the Netherlands and FACTT at Humbolt University Berlin. She is currently an associate researcher in a.pass.be, conferencier-teacher of Media art history in ERG Brussels (École de Recherché Graphique) and is an artist in residency in Amsterdam via the AFK.